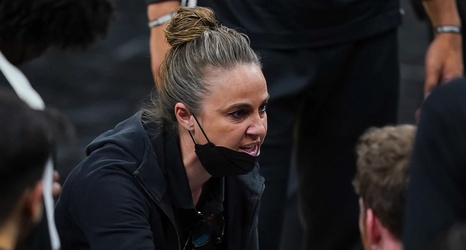 Becky Hammon has revealed what Spurs fans already know: she is ready to be an NBA head coach when the time comes. In a sitdown with NBC’s Hoda Kotb (yet to be aired), Hammon discussed what she was thinking when she technically become the first woman to coach a regular season NBA game during a match-up between the San Antonio Spurs and Los Angeles Lakers on December 30, 2020, after Gregg Popovich got himself tossed.

“I mean, this ball is never moving fast enough, in my opinion. People don’t like doing something new and different.