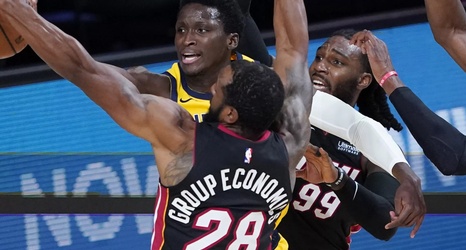 Andre Iguodala is heading to his sixth consecutive NBA Finals. His past five season with the Golden State Warriors earned him three rings and a Finals MVP trophy. He was traded to the Memphis Grizzlies where he made a deal allowing him to train on his own while the Grizzlies kept a fifteenth spot open.

On February 6, Iguodala was traded to the Miami Heat in a three-team trade that brought Jae Crowder and Solomon Hill along with him.

After the self-imposed hiatus due to the coronavirus outbreak, the NBA created the bubble in Orlando.