Already pining for the NBA preseason that may never come 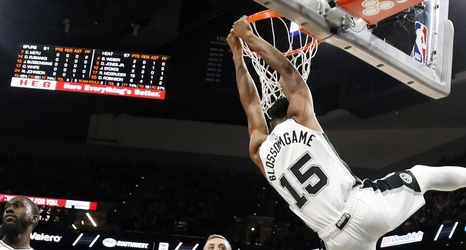 The leaves are changing, Texas is cooling (sort of), and the days are getting shorter. As I mentioned yesterday, this is the time time of year when I break out the Spurs flag, lace up a new pair of Spurs-infused Converse, buy myself a new Spurs shirt, and get stocked for the preseason.

There are fifteen roster spots, and in the last three seasons there have been two additional two-way contracts tying a pair of players between the Spurs of San Antonio and those of Austin. But preseason allows for that rare insight into some of the players who were invited to camp but don’t make the cut.