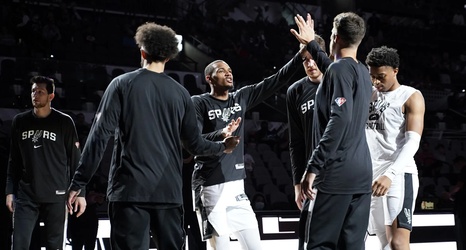 The NBA season begins tonight. For the first time in . . . forever, the San Antonio Spurs are an afterthought. On The Ringer preseason podcast, one of the three participants claimed that he could not name more than five players on the Spurs roster.

The three guys on the podcast were debating whether the 2021-2022 Spurs would exceed the Las Vegas plus-minus of 28.5 wins. Wow, things have changed for a team that was a playoff lock (and a lock to win at least 50 games) for two decades. And not only a playoff lock, but a legitimate Finals contender for all of those seasons until the uninspiring DeMar DeRozan / LaMarcus Aldridge years.