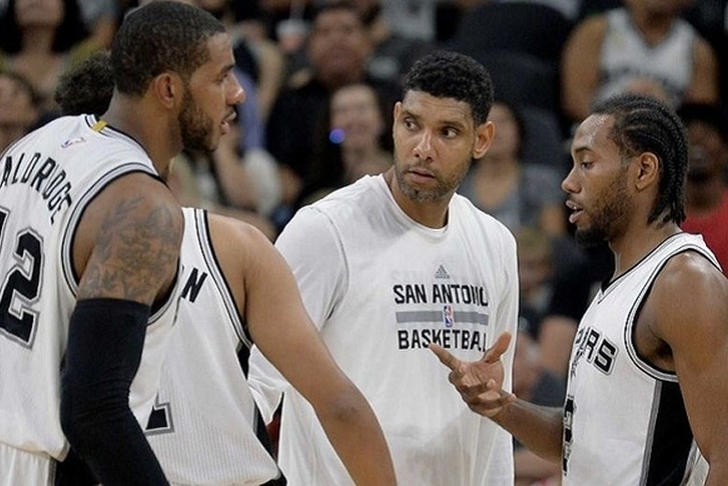 The San Antonio Spurs have quietly flown under the radar all year thanks to the Golden State Warriors, posting a 17-4 record through the first quarter of the season. Here's what we've seen from them so far this year:

San Antonio has gone out and taken care of business all season, but this was by far their most dominant performance of the season, beating a high-quality Western Conference contender by 20 points on their home floor.

Of their four losses this year, this is the only one that came by more than six points - and to the 5-15 Pelicans, no less. They had problems dealing with Anthony Davis, whose length and athleticism - along with Ryan Anderson's hot shooting - proved to carry New Orleans past Antontio.

Leonard has always been a dominant defensive player and reliable offensive option, but he has taken his offensive game to another level this year. A career 13 point per game scorer, Kawhi is averaging 21.6 points per game on 50.5 percent shooting from the field, including 50 percent from three-point range. Now that he's emerged as a premier perimeter scoring option, San Antonio's offense has been unstoppable.

Green is one of two players who have played in and started every game for the Spurs this year (Tony Parker), but has had a remarkably bad season. He is averaging just 7.2 points per game - his lowest since 2010 - on a career-worst 32.1 percent shooting from the field, including a lowly 29.3 percent from three-point range. For someone billed as a shooter, he needs to break out of this slump for the Spurs to reach their full potential.

Promise. We know what to expect from the Spurs, but their level of dominance this year has been overshadowed by how good the Warriors have been. San Antonio is outscoring opponents by over 10 points per game, and with their star power and elite talent level, appear to be the only team that can realistically beat the Warriors in a seven-game series.