Kawhi Leonard Likely Out For Game 2 vs. Warriors With Ankle Injury 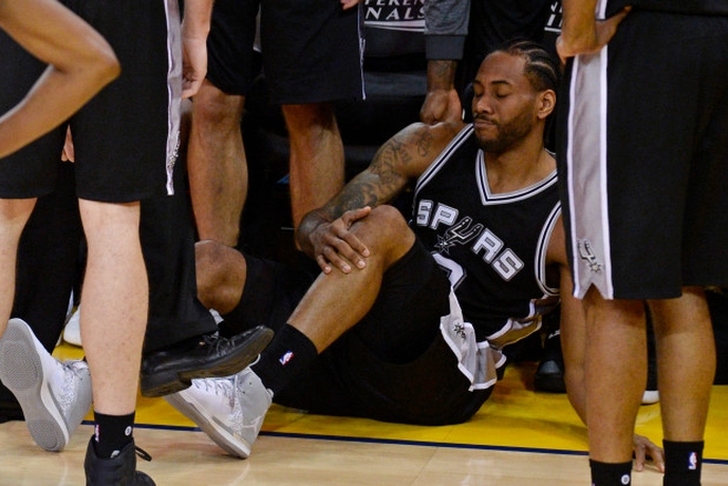 San Antonio Spurs forward Kawhi Leonard is undergoing an MRI on Monday to determine the severity of the ankle injury he suffered in San Antonio's Game 1 loss to the Golden State Warriors, but head coach Gregg Popovich does not expect the All-Star to play in Game 2.

Popovich also went off on Warriors center Zaza Pachulia, as Leonard hurt his ankle by landing on Pachulia's foot. Leonard said he didn't think the act was intentional, but Popovich thought differently.

Likely to be plenty of postgame chatter about Zaza sliding under Kawhi, especially if Warriors win pic.twitter.com/ygSdG01UAq

Leonard originally sprained his ankle in Game 5 of their series against the Houston Rockets and missed the series-clinching Game 6 before returning for Sunday's Game 1 against Golden State.

Before suffering the injury, Leonard recorded 26 points and eight rebounds. His status for Game 3 and the rest of the series remains in question and will likely depend on the results of his MRI.