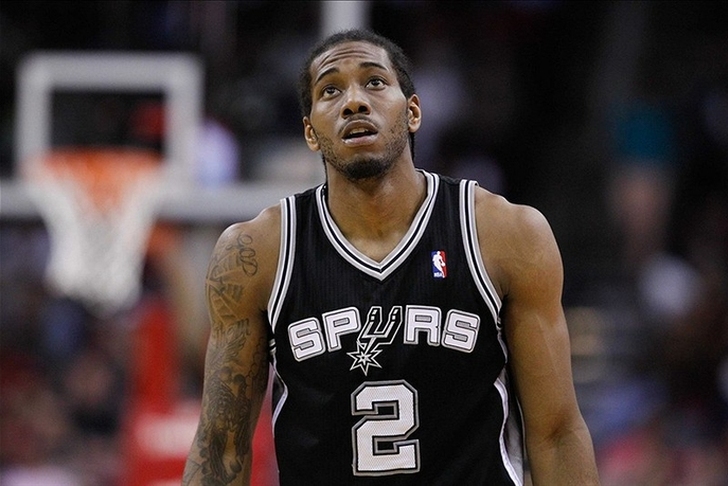 The San Antonio Spurs will be without two starters and two notable bench players Friday against the Memphis Grizzlies. The Spurs won't have Kawhi Leonard, Danny Green, Patty Mills and Boris Diaw Friday.

Leonard is out because of a quad contusion he suffered Wednesday in the Spurs' win over the Heat, reports the San Antonio Express-News. Mills, Diaw and Green are all getting a night off so they can rest.

"We look at that every year, so it won’t be any different this year," coach Gregg Popovich said after Wednesday's game.

Leonard's offensive game has taken a step forward this year, as he's putting up a team-high 21 points per game to pair with his stellar defense. He's also averaging 6.8 rebounds per game and a team-best 1.76 steals per game.

Green is putting up 7.3 points per game and remains one of the team's top 3-point options. Diaw and Mills are the only players to play in all 71 games this season, while Green has played in 70. That's likely a big reason with Popovich is giving them the night off. Diaw is putting up 6.3 points per game in 18.2 minutes, while Mills has 8.6 points and 20.4 minutes per game.

Follow our San Antonio Spurs team page for all the latest Spurs news!