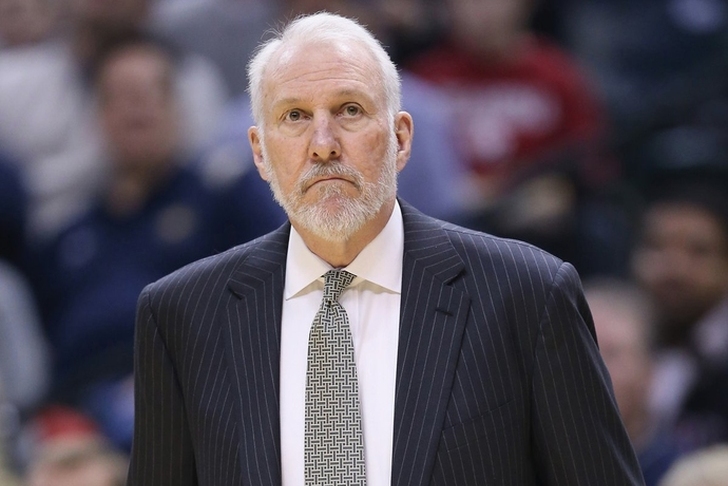 San Antonio Spurs head coach Gregg Popovich unveiled his plans for the last few games of the season, saying that he intends to play all of his starters down the stretch and won't rest them, as he has been known to do.

“It’s not about opponents. It’s about minutes and time," Popovich said, insisting that the decision was not based on the teams the Spurs are going to play. Two of San Antonio's last five games are against the Golden State Warriors, who they can still overtake for the top seed in the Western Conference Playoffs.

“At this point, you want to have that rest,” he continued. “But at the same time, sure we worry about de-conditioning and rhythm just like everybody talks about. We need to play a couple of games in a row.

Spurs point guard Tony Parker said he didn't think Popovich would play any of the team's starters against the Warriors after San Antonio beat them last month, and many expected the same.

Along with still having a chance to get the No. 1 seed in the West, the Spurs are trying to become the first team in NBA history to go undefeated at home during the regular season.