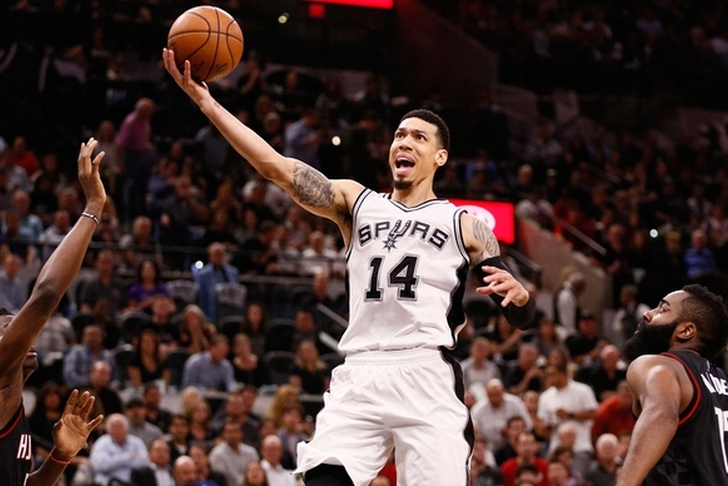 After a series of blowouts in the NBA Playoffs, we finally got a close game - and the San Antonio Spurs emerged victorious in a crucial Game 5.

With Kawhi Leonard sitting for most of the fourth quarter and overtime with an ankle injury, Danny Green stepped scored the final seven points of the game for the Spurs, carrying San Antonio to a 110-107 overtime win over the Houston Rockets.

Danny takes it to the rim! #NBAPlayoffs pic.twitter.com/73PDqp1nRV

Green finished the game with 16 points. He was one of a few unexpected stars for the Spurs in this one. Manu Ginobili easily had his best game of the postseason with 12 points, seven rebounds and five assists, as well as the game-clinching block on James Harden.

You can always count on Manu. #NBAPlayoffs pic.twitter.com/FLt1IbRpWb

Early in the game, it looked like San Antonio was going to run away with it. They opened on a 20-11 run, but Houston responded quickly and gave themselves the lead on the heels of a 16-6 run. Led by 23 first half points from Harden, the Rockets took a 60-58 lead into the break.

Patrick Beverley gets the rebound and the assist...all in one motion! #Rockets #NBA #NBAPlayoffs pic.twitter.com/YKSVwaEmwk

Houston continued their strong play in the second half and led by as many as eight points - but were never able to create any real difference between them and the Spurs. San Antonio took the lead back at the end of the third quarter as part of an 8-0 run, setting the stage for the tight fourth quarter.

Danny Green beats the 3rd quarter buzzer to give the #Spurs their first lead of the 2nd half! #GoSpursGo #NBA #NBAPlayoffs pic.twitter.com/DZZ6Fhakf6

However, both teams went cold in the extra frame. Houston opened up a five-point lead, but were unable to capitalize as this layup from Manu Ginobili tied the game.

The Rockets had a chance to win in the final 15 seconds, but Harden was called for an offensive foul. On the ensuing possession, Mills was unable to get a shot off, and the game went into overtime.

Leonard (22 points, 15 rebounds) and LaMarcus Alridge (18 points, 14 rebounds) both had big double-doubles for the Spurs, but they combined to shoot just 15-42 from the floor as the players mentioned above took over.

Harden finished the game with 33 points, 11 rebounds and 10 assists to lead the Rockets. Patrick Beverley added 20 points, while Ryan Anderson stepped up with 19 points off the bench.