BREAKING: Kawhi Leonard Will Not Play In Game 3 vs. Warriors 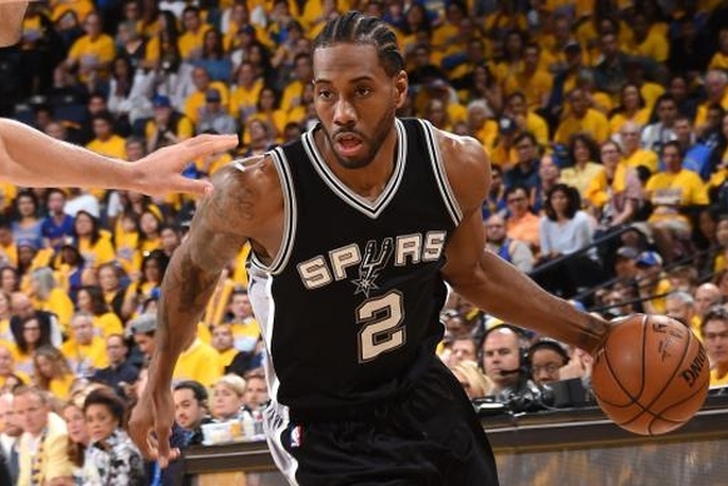 Kawhi Leonard will not play tonight, per Coach Pop

Gregg Popovich says Kawhi Leonard is out tonight for Game 3. Kawhi, he says, was not happy about it. But Pop... https://t.co/rDvHwez3P6

Leonard originally sprained his ankle in Game 5 of their series against the Houston Rockets and missed the series-clinching Game 6 before returning for Sunday's Game 1 against Golden State. He re-aggravated the injury in the third quarter of that game when he stepped on Zaza Pachulia's foot.

The series has totally changed with Leonard being out. At the time of his injury, the Spurs were leading the Warriors by 23 points. Since then, Golden State has outscored San Antonio by 61 points - including a 36-point Game 2 win.