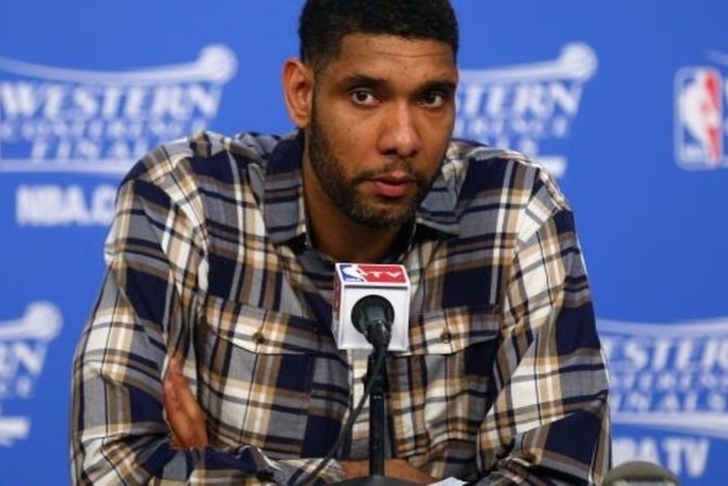 Instead of "the Big Fundamental," it may be time to dub San Antonio Spurs star Tim Duncan "the Big Comfortable."

With special thanks to Michael Lee of the Washington Post, check out the (not so) stylish denim that Duncan was sporting before Thursday's Game 4 of the NBA Finals:

"@SportsNation: Tim Duncan is dressed like it's his first day at junior high. pic.twitter.com/FQlCujfx2c" he borrowed Obama's jeans apparently

Duncan got them Bugle Boy Jeans

Spurs win the title, they won't do anything flashy. Duncan will be at Walmart 2 days later shopping for jeans and flannels

I already know Duncan is bout to have on a meeaan Kohl's button up w/ some Jnco jeans! #shinin #MarkMyWords

The Fashion Police could not be reached for comment.