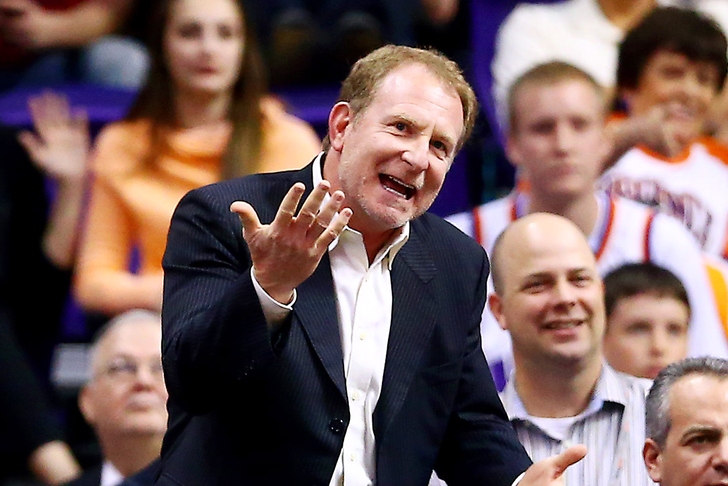 Can't get enough Spurs news? Be sure to download our 5-star iPhone app today!

Popovich and several Spurs players declined to attend the game (a 121-90 Suns win), prompting Sarver to both call them out and offer Suns fan in attendance a free gift to compensate.

"I do have a problem with it, to be honest," Sarver said Friday on Arizona Sports 98.7 FM, via Shane Dale of ArizonaSports.com.

"Listen: The coach's job is to do the best he possibly can for his players," Sarver added. "But the organization, when they make a commitment to play you like they did with us -- because the league doesn't schedule preseason games; teams schedule amongst themselves."

Sarver continued, taking the Spurs to task for what he perceives to be not living to their end of a scheduling bargain.

"So, we made a deal that said, 'You come play us here, and we'll play you there next year.' To me, that agreement means that you have to kind of live up to it, and leaving all those players at home and all the coaches at home, to me … I would not do that because as much as we compete against each other on the court, we also are partners in the National Basketball Association, so I have an obligation to my partners to treat them fairly."