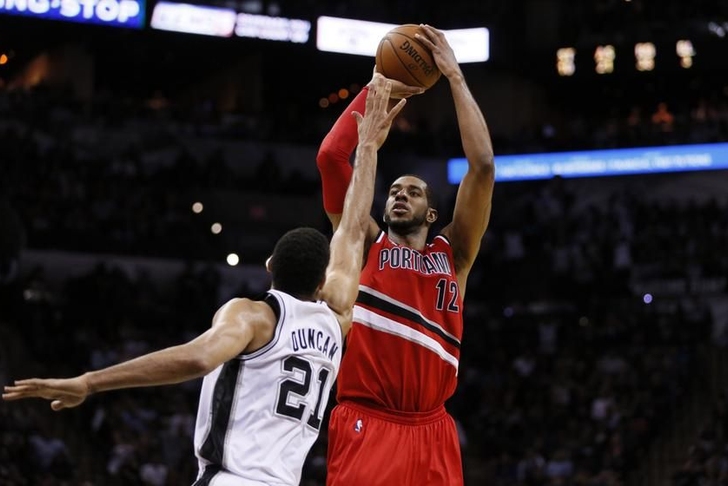 San Antonio has continued their dominance of the NBA this season, and are coming off a 99-91 victory over the Denver Nuggets on Sunday.

Portland has quietly built the third best record in the league to this point in the season, and have maintained their high level of play after a surprising season last year. They're coming off a 95-85 win over the Indian Pacers on Saturday.

Who will be more efficient on offense?

We think of offense first when we think of these two teams, but they both actually rely on their defense. Portland ranks fifth in the league in points allowed per game (95.7), while San Antonio ranks second (94.9). San Antonio's ball movement should give the Blazers some problems, while Portland has some individual scorers (Aldridge and Lillard) that will but tough for the Spurs to guard. Whichever style is more effective will lead their team to victory.

Who controls the tempo?

Portland's game is built on their athleticism, and they like to play a fast-paced game as a result. On the other hand, San Antonio has an older roster, and while they'll certainly push the ball if they can get an easy shot, they're more methodical and play at a slower pace. Whoever can control the tempo and dictate the flow of the game will come out on top.

Portland automatically has an advantage because they're playing at home, and with this being the second game of a back-to-back for San Antonio, most of their star players probably won't see that much time on the court. The Spurs are still good enough to make this a game, but the Blazers will ultimately prove to be too much.