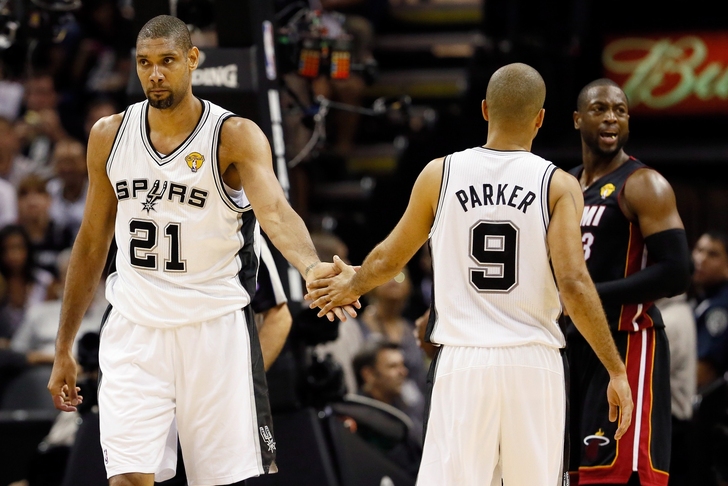 After starting the 2014-15 NBA season with losses in three of their first five, the defending NBA champion San Antonio Spurs (7-4) have reigned victorious in five of their last six games.

They'll look to keep that hot streak going on the road against a young Minnesota Timberwolves squad (3-7) who snapped a five-game losing streak with a 115-99 home victory over the New York Knicks on Wednesday.

Spurs do whatever it takes to get the W

The Spurs have looked vulnerable at times in 2014-15, especially as they weather key injuries to players like Patty Mills and Tiago Splitter. However, Gregg Popovich and the boys have been here countless times before. When the panic button looked nice and blinking five games into this campaign, all of sudden the Spurs found their footing and started reeling off impressive win after impressive win.

It's no accident. This Spurs team is battle-tested and in it for the long haul.

The Timberwolves are 29th in the NBA in points allowed per game, allowing opponents to rack up 108.9 per contest. Minnesota's offense hasn't been bad at all, but the Ricky Rubio-less Wolves have been just a couple notches above horrid on the defensive end all season long (case in point: 270 points allowed in back-to-back losses to New Orleans and Dallas). Minnesota's young and they'll start getting the hang of things, but the growing pains are likely to continue against San Antonio.

Too much Duncan and Parker. Not enough defense in the Twin Cities. The Minnesota Timberwolves have the parts to make this interesting, but this veteran San Antonio Spurs squad seems primed to give Minnesota a valuable lesson in team cohesion on Friday night.