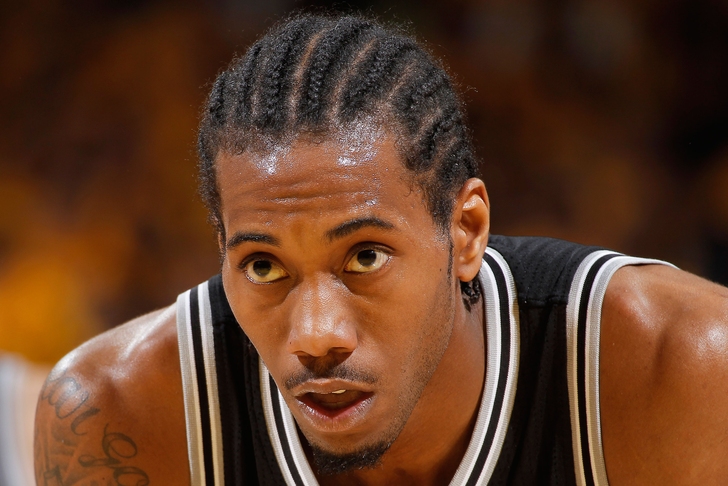 The San Antonio Spurs (12-4) continue their four-game road trip on Monday against a Philadelphia 76ers (0-16) team close to making history for all the wrong reasons.

The defending NBA champion Spurs head into Monday's matchup at Wells Fargo Center winners of their last seven contests. In stark contrast, the Sixers have lost their first 16 games, setting a franchise record for futility while sitting just two losses away from the 2009-10 Nets' all-time NBA worst 0-18 start.

Tony Parker will register his first DNP of the year on Monday with what is being termed by the Spurs as a "bruised rib." However, per Buck Harvey of the San Antonio Express-News, Parker believes his rib to be broken after a recent collision with Austin Daye in practice. Parker didn't appear to be at his best in Sunday's road victory over the Celtics either way, so Monday's rest will be a plus for him regardless of the actual severity of his rib injury.

Along with Parker's absence, the Spurs will also be without Tim Duncan (rest), Tiago Splitter (tightness, right calf), and Patty Mills (shoulder). The Philadelphia 76ers have a chance to square off with the Spurs' B-plus team at home in front of a loyal fan base that deserves a chance to finally smile this season.

The problem for Philadelphia? They'll be without leading scorer Tony Wroten for at least the next couple of games.

The Sixers were manhandled 100-75 in the team's first matchup of the year in San Antonio, but Michael Carter-Williams and the Sixers should at least make this one more interesting on their home floor.

Kawhi Leonard, the wizard of passing and rebounding that is Boris Diaw, and the rest of the San Antonio Spurs' depth is still good enough to take down this Philadelphia 76ers squad. San Antonio basically a sixth man on the court in the seemingly-omnipotent Gregg Popovich, and his presence alone likely means loss #17 for Philly - unless (and this is a big unless) Philly plays the game of their season so far and finally closes one out.