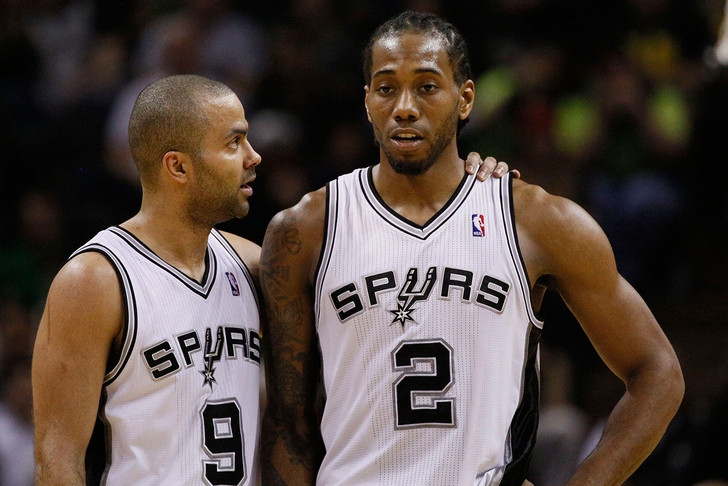 The San Antonio Spurs' veteran core of Tim Duncan, Tony Parker, and Manu Ginobili are prepping for yet another magical run in the 2015 NBA Playoffs, but Parker knows that the time will come where budding star Kawhi Leonard takes the reins in full for the franchise.

"It’s like me and Manu back in the day,” Parker said after the Spurs' 110-98 win over the Suns Wednesday night, via the Sporting News. “Sometimes I don’t see the ball for a long time, but Kawhi is playing unbelievable. And it’s going to be Kawhi’s team any way."

In fact, Parker believes the time is now to start transitioning towards Leonard as the team's featured player/facilitator on offense.

“He’s playing great and sometimes I’ll have nights like this where I have the ball. But most of the time it’s going to be Kawhi,” Parker said. “We have to transition to that.”