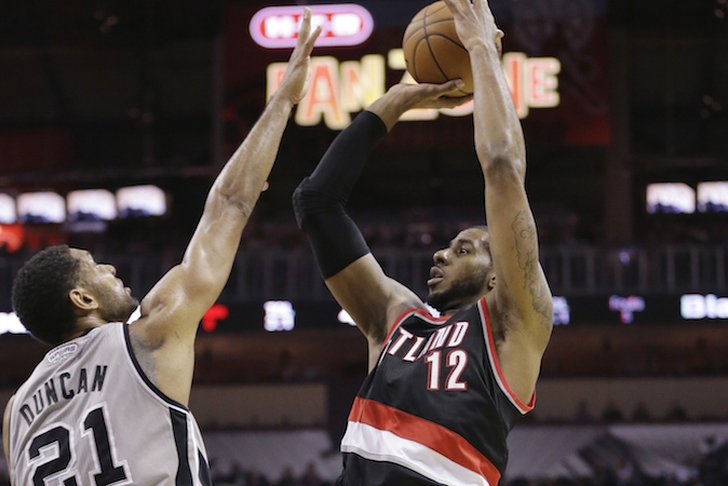 The San Antonio Spurs fell in the first round of the playoffs to the Clippers, and their age is finally starting to show. The Spurs know they need to bring in some pieces this offseason if they want to continue competing for championships, so here's who they're targeting in free agency to help them do just that:

San Antonio will have an enormous amount cap space this summer - especially if Tim Duncan and Manu Ginobili retire - and Gregg Popovich reportedly sees Aldridge as someone who can fill Duncan's role to a tee. His shooting ability keeps driving lanes open, but he's also dominant on the low block and is a good passer.

Aldridge is from Texas and played for the Longhorns in his one year of college, and has gushed about Popovich and the Spurs organization numerous times. The Blazers believe that if he leaves Portland for any team, it will be the Spurs. The feeling around the league is that Aldridge will re-sign with the Blazers, but there is still an off chance San Antonio can sell him on coming home to be the next great Spurs big man.

Gasol is target No. 1 for a lot of teams around the league, and he should be. For the Spurs, he’s the perfect fit for head coach Gregg Popovich's system due to his deft passing touch, and he’ll give the Spurs a true defensive presence in the post. Gasol is also a threat offensively even though he doesn’t need any plays to be called for him, another plus for San Antonio's team-first playing style.

Gasol wouldn't directly replace Duncan since he's a true center, and he probably won't be effective playing next to Tiago Splitter. However, he is one of the best big men in the league and would immediately make the Spurs better. Matthews is one of the best two-way shooting guards in the league and is due for a big pay day. He’ll demand a little less than the max, but even for the Spurs (who don't like to spend much), he could be worth every penny of it. Matthews leads in the NBA in three-pointers made and would fit right in to San Antonio's long range attack. His defensive prowess, coupled with Kawhi Leonard, would make the Spurs one of the best perimeter defending teams in the league.