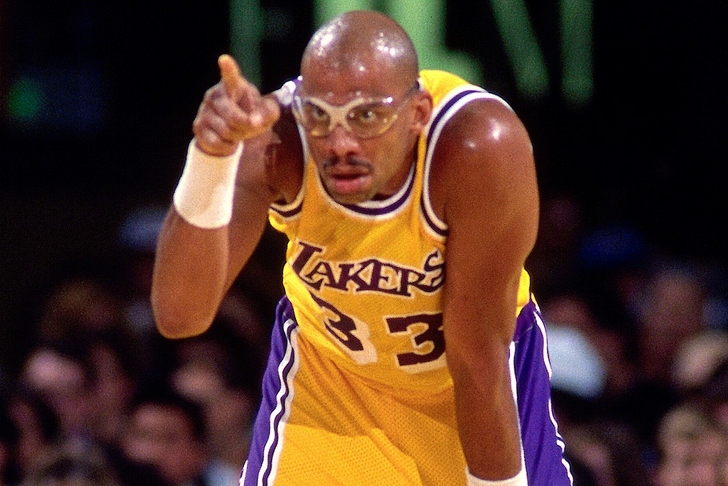 After scoring his 25,000th point during a 93-80 victory over the Los Angeles Lakers at Staples Center on Friday, San Antonio Spurs star Tim Duncan joined Lakers great Kareem Abdul-Jabbar in a exclusive club of two.

Duncan and Abdul-Jabbar are the only two players in NBA history with at least 25,000 points, 14,000 rebounds, and 2,500 blocks - prompting Duncan to humbly pile superlatives on Abdul-Jabbar after the NBA Hall-of-Famer witness Duncan's feat in person on Friday.

“Unbelievable player,” Duncan said of Abdul-Jabbar, via Dan McCarney of My San Antonio. “A way better scorer than I ever was at any point. I did see him; it was great to see him. It’s fun to be in a category with someone like that.”

Abdul-Jabbar responded to several of Duncan's baskets with visible enthusiasm, seemingly ecstatic to watch the lifetime Spur match his accomplishment - an accomplishment that Duncan is attempting to keep perspective on at this current moment.

“It means I’ve been playing for a very long time. It’s fun to hear about, but it’s something I’ll look back at later on.”