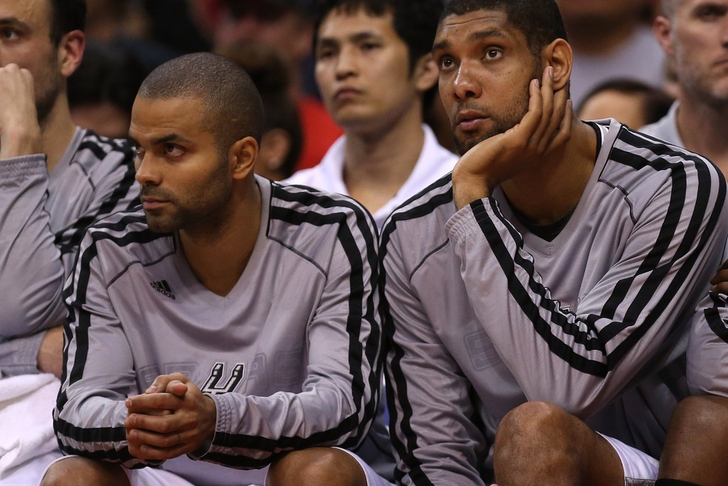 In Spurs news today, the San Antonio Spurs' famed duo of Tim Duncan and Tony Parker didn't start off on the best foot when Parker joined the team for the 2001-02 NBA season.

Per Dave McMenamin of ESPN.com, Parker was given the "silent treatment" for the entire season, furthering Parker's anxiety coming to the United States from France:

"He didn't talk to me for a whole year," Parker stated after practice on Monday. "It was kind of weird coming from France and you have your superstar player that doesn't talk to you as a point guard, it's kind of tough, you know? Because you're supposed to talk to everybody."

It wasn't just a language concern which kept Duncan quiet in Parker's presence. Parker had to earn the trust of the future of Hall-of-Famer before Duncan would speak with him:

"As we grew together in the league and he trusted me more, I can really say it's a special relationship because I feel close to him on the court. But even off the court, we've both been through a lot of stuff throughout our career so I think it got us closer," Parker states in McMenamin's article.

Parker said that the duo's first title together in 2003 was a bonding experience, which came as a relief to him -- "I remember I was very happy that he finally talked to me. I was like, 'Maybe I can stay in this team.' Because if Timmy doesn't talk to you, it would be tough to stay with the Spurs," Parker said.

"Because he's the franchise. It would be tough."

Your Spurs news whenever and wherever you want it. Download our new Chat Sports iPhone app and follow our Spurs team page today.