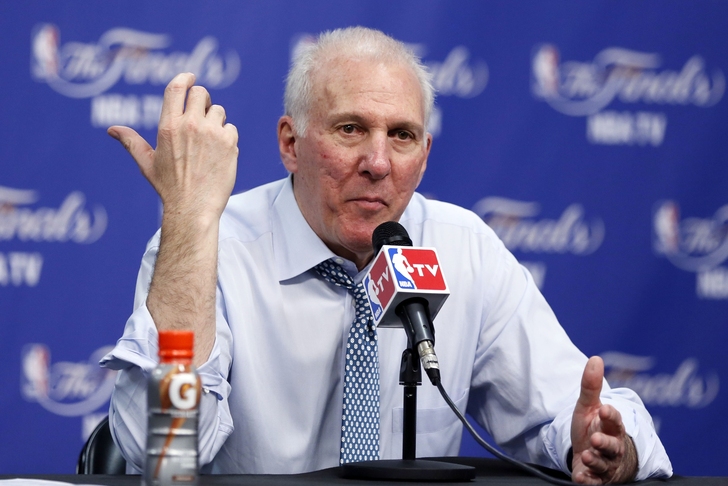 In Spurs news tonight, San Antonio Spurs head coach Gregg Popovich doesn't land on one side or the other when it comes to whether rest or being in rhythm is more important come the NBA Playoffs.

After the San Antonio Spurs blew out the Dallas Mavericks by a count of 119-96 in Game 7 of their first round series, AP writer Tim Reynolds tweeted out Popovich's response over whether or not they were at disadvantage facing a Trail Blazers team with an extra day of rest:

Popovich settles the whole rest-versus-rhythm argument in the NBA playoffs: "Slice it any way you want. It's all psychobabble, really."

Popovich's argument from a coaching perspective is quite solid. No coach is going to firmly adhere to one line or the other on that question, putting their team at an emotional disadvantage if they happen to have had too much rest or not enough.

The Spurs' conditioning seemed to outdistance the Mavericks as their series wore on, running against traditional methods of thought that older teams (especially stars such as Tim Duncan) need more rest to maintain effectiveness.

Your Spurs news whenever and wherever you want it. Download our new Chat Sports iPhone app and follow our Spurs team page today.