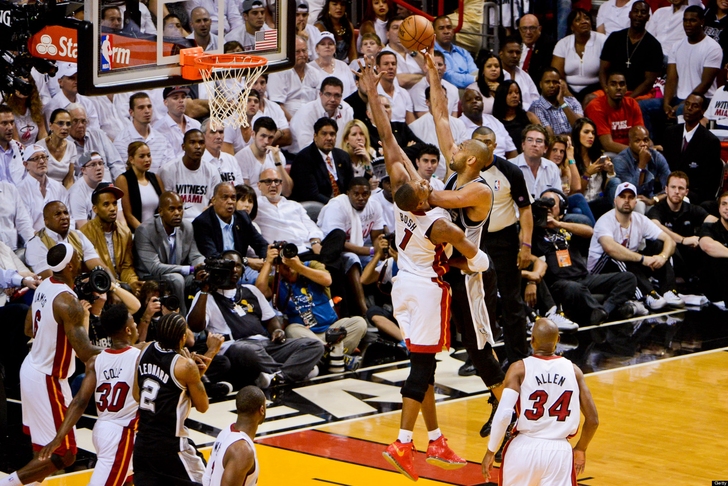 Game 1 of the 2014 NBA Finals between the San Antonio Spurs and the Miami Heat will take place tonight at AT&T Center in San Antonio, with tipoff scheduled for 9:00pm EST.

Battier heads toward retirement with no regrets (CBS Miami)

LeBron, Heat battle for immortality against old foe (All U Can Heat)

Spurs have fans no matter the time zone (My San Antonio)

Spurs-Heat tale of the tape (48 Minutes of Hell)

The San Antonio Spurs feel they can rewrite history in the 2014 NBA Finals, avenging a six-game defeat at the hands of the Miami Heat in last year's epic Finals series.

For Tim Duncan, that means doing everything in his power to put the painful memories of last year to good use.

"It lasts. I have a very good memory, especially for my misses and losses. You keep those, you learn from them and you hope to change them next time," Duncan said about the team's 2013 defeat, via ESPN.com.

In contrast, LeBron James believes that there is nothing left to focus on except the task at hand.

" Last year is last year and we're excited about it, but this trophy this year belongs to nobody," James said, keeping this year's clash at the forefront of his mind. "It's up for grabs."

James is right. No other NBA Finals in recent memory has split analysts this much when it comes to trying to predict who will come out on top when all is said and done.

All the more reason to play (and enjoy) the games.