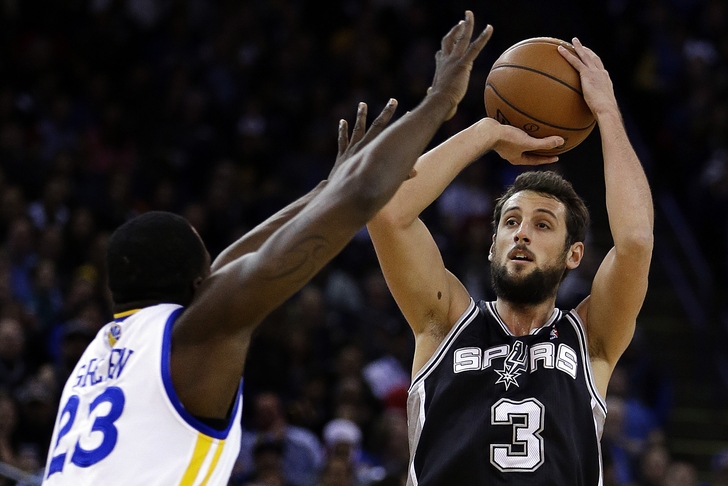 The San Antonio Spurs could have Marco Belinelli back in the lineup for the team's road trip through Cleveland and Minnesota, per a report by Dan McCarney of Spurs Nation.

According to McCarney, "Belinelli also accompanied the Spurs on their recent four-game swing through California, but [head coach Gregg] Popovich indicated that Belinelli could be ready to play."

Belinelli has missed the last seven games with a mild groin strain. The team will be ecstatic to have his shooting touch back in the lineup, especially with the Spurs shooting just 31.7 percent from three heading into Monday's action.

Popovich also provided updates on Tiago Splitter and Patty Mills' injury status before Monday's game against the Philadelphia 76ers. Splitter is unlikely to join the team for the road trip, which is not surprising given the nerve problem he is dealing with.

Mills, on the other hand, is reportedly "right on schedule" to return in January following his offseason shoulder surgery.

“Poor guy’s working every day doing things you don’t want to do, training-room crap,” Popovich said. “I’m sure he’d like to get back as soon as he can.”