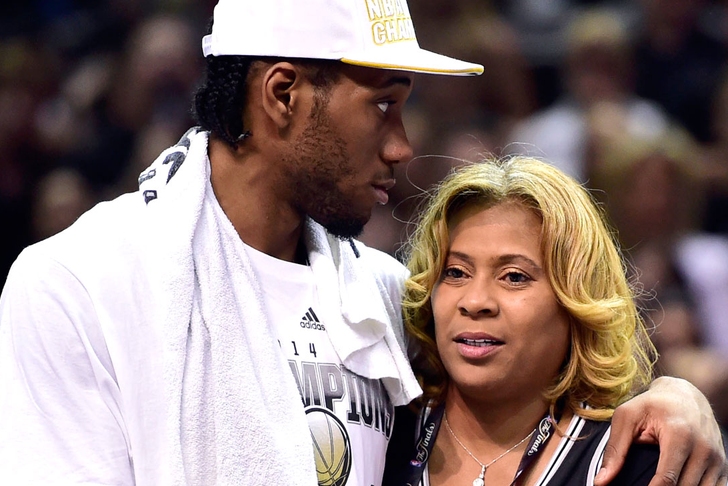 Can't get enough Spurs news and rumors? Be sure to download our 5-star iPhone app today!

Kawhi Leonard and his agent Brian Elfus made it abundantly clear in contract negotiations with the San Antonio Spurs that they were looking for a max extension and a max extension only.

The Spurs didn't give in to that notion before Friday's extension deadline, guaranteeing that Leonard will have a chance to bank on himself in restricted free agency next July.

Per Shaun Powell of NBA.com, "thanks to the new TV deal and the looming labor negotiations in a few years, some players are willing to place bets on themselves and hold out for a few extra dollars. It’s also known as the Kawhi Leonard route. The MVP of the 2014 Finals and 15th overall pick had hoped for a max deal, didn’t get one from the Spurs, and will try the market next summer during restricted free agency."

By playing this card, Leonard puts himself in the ultimate contract year situation in 2014-15. If Leonard replicates his success from last season over the course of this campaign and the 2015 NBA season, his gamble should pay off in a padded bank account come next July.