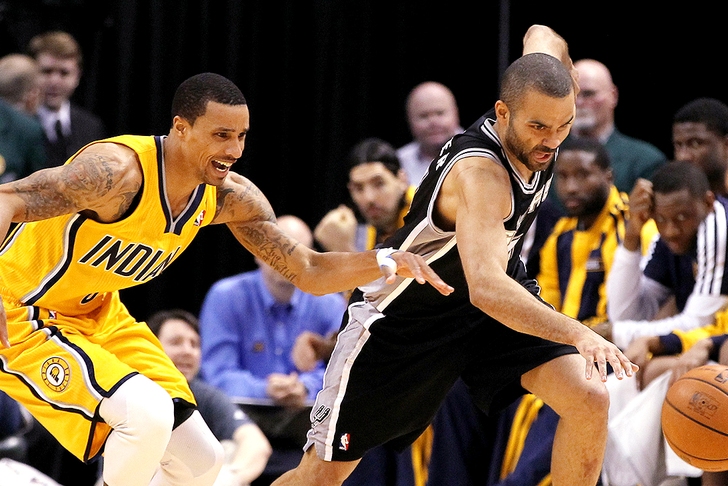 The shorthanded Indiana Pacers (6-8) continue to exceed everyone's expectations, winning of three of their last four to keep themselves at least partially relevant in the early stages of the 2014-15 NBA season.

They'll have a huge task in front of them on Wednesday, however, as they travel to face the defending NBA champion San Antonio Spurs (9-4) who have won their past four by an average margin of 17 points.

It probably shouldn't be working...

But it is. The Indiana Pacers will likely head into Wednesday's contest without a single starter from their 2013-14 squad in uniform. However, this patchwork Pacers team is united behind head coach Frank Vogel, giving maximum effort while waiting for the cavalry to arrive.

The Pacers' admirable offensive effort over the season's first 14 games could hit a major roadblock against a San Antonio Spurs team currently allowing an NBA-low 91.3 points per game. The Spurs may not be lighting the twine on fire offensively, but they seem primed to stifle Indiana in front of their home faithful at AT&T Center.

As always, the Indiana Pacers will put their best foot forward in an attempt to shock the NBA world on Wednesday. However, the San Antonio Spurs are just too talented and too cohesive (even with their own injuries) to suffer an upset on this Thanksgiving Eve.