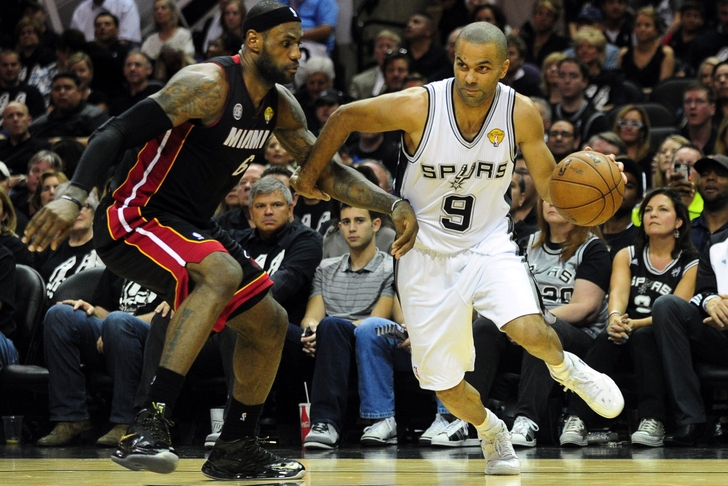 Game 3 of the 2014 NBA Finals between the San Antonio Spurs and the Miami Heat is live tonight from the American Airlines Arena in Miami, with tipoff slated for 9:00pm EST.

What went wrong for the Spurs in the 4th quarter of Game 2? (Pounding the Rock)

In Game 1 of the NBA Finals, the San Antonio Spurs held the Miami Heat to just 17 points in the 4th quarter, turning a four-point deficit at the end of three into a 110-95 victory going away.

The Miami Heat returned the favor in Game 2, however, limiting the Spurs to 18 points in the final frame to squeak out a 98-96 victory - tying the series at one.

Now, with home-court advantage firmly on the side of the Heat, the San Antonio Spurs must find a way to take at least one game in South Beach to have a chance at getting the ultimate revenge for their six-game defeat in the 2013 NBA Finals.

"They came out great. They played a great game," Spurs guard Tony Parker of the Heat's thrilling victory on Sunday, via the Associated Press. "Now it's our turn to go over there and get one. We played pretty well all season long on the road and so we're going to have two great opportunities to try to come up with a win."

This NBA Finals has been a back-and-forth affair since the opening tip on Thursday, with each team trading run after run in what has resembled a series of high-pressure chess moves. Game 3 looks to be more of the same between two evenly-matched teams and coaching staffs operating at the peak of their games.