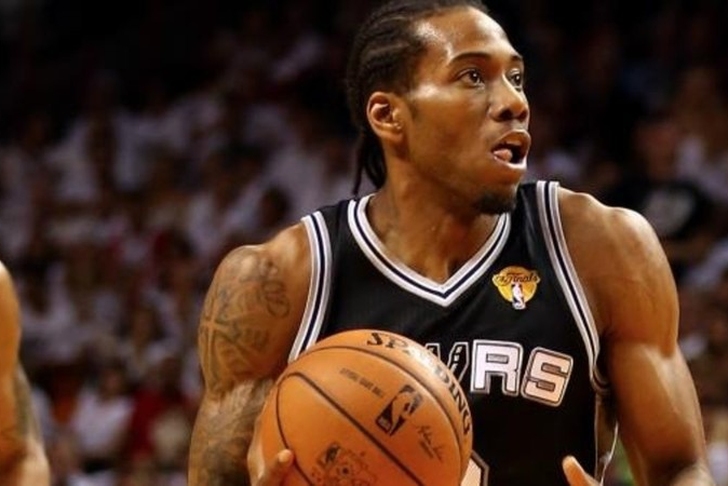 The San Antonio Spurs are notorious for convincing their stars (i.e. Tim Duncan, Tony Parker, Manu Ginobili) to take less money for the good of the franchise.

The 22-year-old is already an elite defender (maybe the only one who can guard LeBron James effectively), is a good three-point shooter from the corners, and is a great finisher around the rim.

So why aren't the Spurs jumping on the table to give Leonard as much money as he wants?

Aside from being cheap, Leonard only averaged 12.8 ppg and 6.2 rpg last season when he was supposed to make "the leap" following his outstanding performance in the 2013 Finals.

Now that he's won the Finals MVP for his play in 2014, many are expecting the same thing. However, the Spurs feel Leonard has lacked the consistent aggressiveness they want to see out of him that will make him a great player.

According to Adrian Wojnarowski of Yahoo Sports, Leonard will demand and receive max offer sheets from teams around the league. Since he's a restricted free agent, San Antonio would be able to match any offer. In doing so, they run the risk of the league increasing the amount of a max contract and spending more on Leonard they they would by offering him the contract now. They'd also run the risk of signing an offer similar to what the Dallas Mavericks offered Chandler Parsons.

Talks between the two sides have stalled for now, and it doesn't seem like they'll be resolved before Friday's deadline, which would make Leonard one of the biggest prizes in free agency in the offseason.