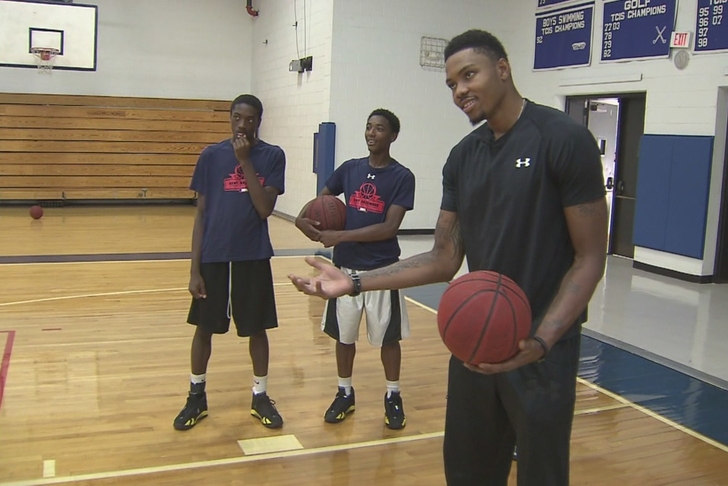 Atlanta Hawks shooting guard Kent Bazemore was a wanted man during this past summer's free agency period, with several teams including the San Antonio Spurs sending out feelers to the 25-year-old.

Bazemore ultimately chose Atlanta, but confirms that San Antonio showed interest before he signed with the Hawks.

"Yeah,” said Bazemore, via Paul Garcia of Project Spurs, "they reached out to my agent, showed some interest, but I came here (Atlanta), so the second best thing obviously – same system.”

Atlanta Hawks head coach Mike Budenholzer worked under Popovich as an assistant on his staff for several years. He employs the same motion spread offense that has generated Popovich unparalled success over his tenure with the San Antonio Spurs.

A shooting guard like Bazemore is perfectly suited for such a system. His skills moving the ball and ability to both facilitate and score would have made him a solid fit with the Spurs.

Regardless, as Bazemore put it, he's got the "second best thing" going on in Atlanta - a young, up-and-coming team running a system that has proven to bring championships home.