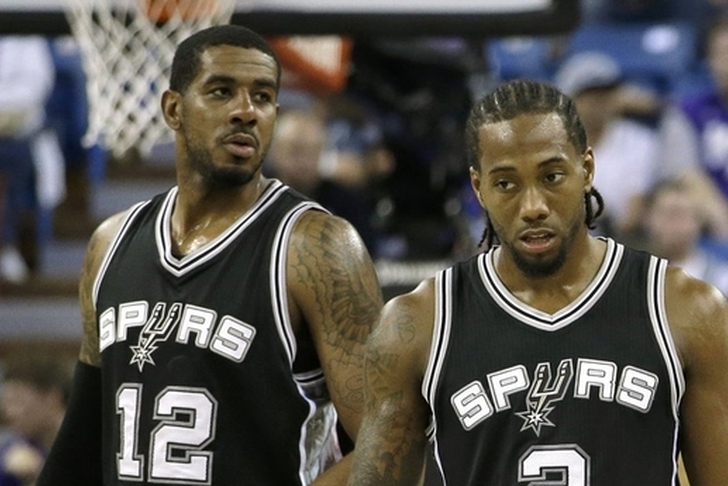 The San Antonio Spurs were expected to cruise past the Oklahoma City Thunder after their dominant Game 1 victory, but a loss in game 2 suddenly has the series back up in the air. Here are three things the Spurs need to do to win the series and advance to the Western Conference Finals: LaMarcus Aldridge is scoring nearly 40 points per game this series, and you know what you're going to get from Kawhi Leonard. However, the contributions they get from everyone else is far less reliable. In their Game 1 win, Danny Green stepped up and contributed 18 points. In their Game 2 loss, they scored well over half of San Antonio's points.

The Spurs' well-balanced attack has been one of the driving forces behind their success, but they've also had stars who could produce when they needed it. Alridge and Leonard need help from another player every game.

Kevin Durant and Russell Westbrook are two of the best players in the league, and no matter what San Antonio does defensively to limit them, they can still be productive. However, they're also happy trying to do everything themselves and go through stretches where they don't pass the ball. If the Spurs can continue to limit the effectiveness of Serge Ibaka, Steven Adams, Enes Kanter and Dion Waiters, Oklahoma City becomes extremely easy to guard.

One loss to the Thunder isn't the end of the world, and no one knows this better than head coach Gregg Popovich. The important thing for the Spurs is to not overreact to every single little thing in this series. They have the better roster and the better coach, and that will show itself. Sure, adjustments are made on a game-to-game basis, but it's important for San Antonio to continue to do what has gotten them to this point.