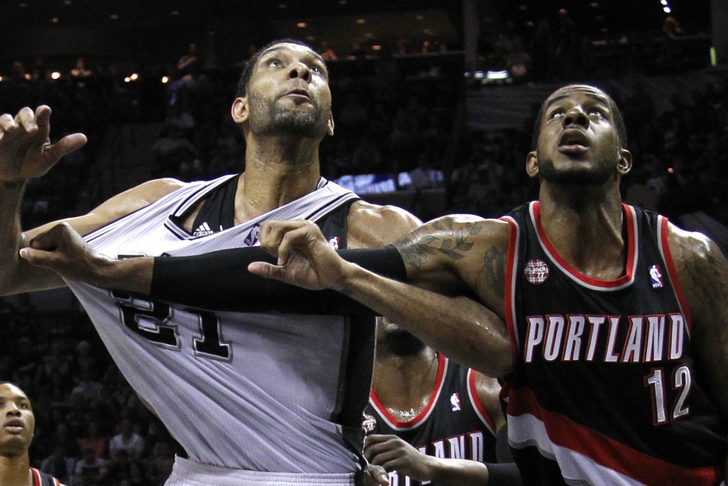 The San Antonio Spurs may have lost to the Los Angeles Clippers in the first round of the NBA Playoffs, but they're still title favorites after several big offseason moves. Here are three reasons why they will break through the Western Conference and win another title next season:

Manu Ginobili, Tim Duncan, and Tony Parker will get the band back together one more time after Duncan and Ginobili announced that they would be putting off retirement for one more season. These three players are some of the best player in NBA history and have the experience to guide the Spurs through what should be another 50-win regular season and a long postseason run.

Aldridge signing with the Spurs was the biggest move of the entire offseason, adding yet another All-Star to a loaded roster. He's a perfect fit in head coach Gregg Popovich's system, should fit flawlessly next to Tim Duncan, and is a definite upgrade in the starting lineup over Tiago Splitter.

However, despite all of the talent the Spurs have, the mastermind that makes it all work is the biggest advantage San Antonio has over everyone else. Popovich will put his very talented players in position to succeed, and his gameplans may just separate the Spurs from the rest of the contenders in the West.