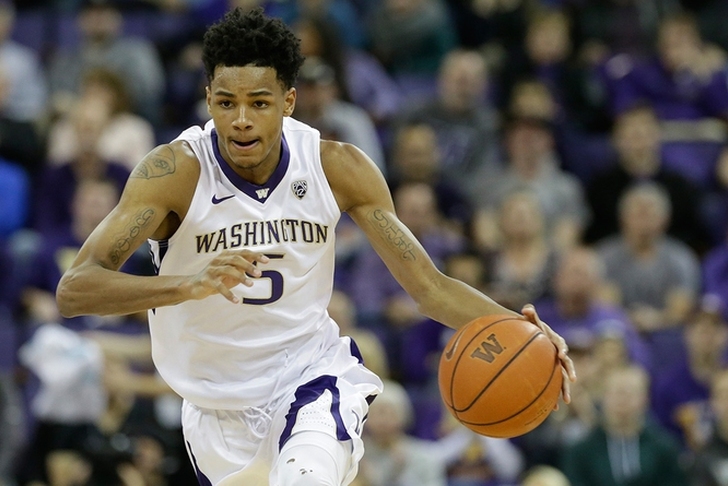 With the 29th pick in the 2016 NBA Draft, the San Antonio Spurs have selected Dejounte Murray from Washington.

Position: PG/SG
Class: Fr.
Measurables: 6’5”, 170 lbs.
Scouting Report:
Murray wasn’t as highly rated as other freshmen entering the college basketball season, but his play has done wonders for his draft stock. The combo guard has a huge 6-foot-9 wingspan and is a gifted athlete. He still needs to add bulk to his frame and work a bit on his shot, but he has real potential. He’s raw, but could be a lottery pick.