WTEN | Head Coach Harston Moving On To Next Chapter 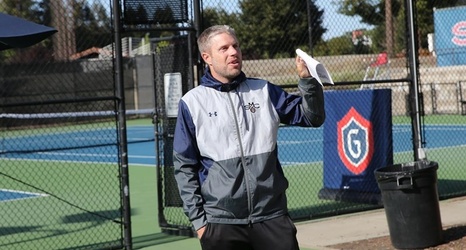 MORAGA, Calif. – Saint Mary's Head Women's Tennis Coach Simon Harston has announced he is stepping down from his position after a five-year stint as head coach of the Gaels.

The London, England native is heading back home to spend more time with family in June.

"I could not have enjoyed working here at Saint Mary's College more than I did," Harston said. "This is a move about family. I wouldn't have left this job to take another college coaching job."

Harston joined Saint Mary's College in August of 2012 to assist former head coach Michael Wayman with the men's team for the 2012-13 season.