WTEN | Gaels Take on USD in First Round of WCC Tourney 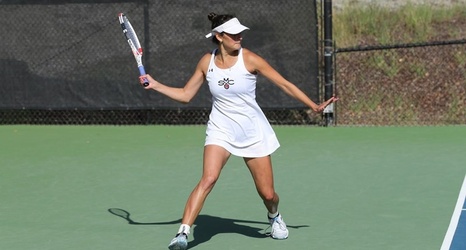 The Gaels first round opponent will be the University of San Diego, who come in as the three seed while SMC are the number six seed for the tournament.

San Diego finished the regular season 14-5 overall and 5-2 in WCC play while the Gaels were 10-9 overall and 5-4 in conference matches. The Gaels as a whole finished dual-match play 56-50 overall and 30-23 in WCC dual matches.