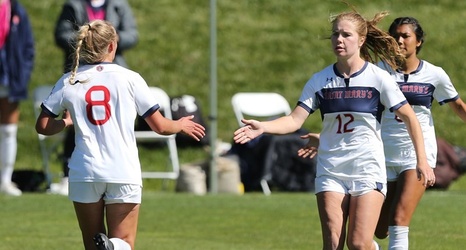 SAN MATEO, Calif. — With one of the best seasons of Saint Mary's Women's Soccer on the pitch during the 2021 spring season, the Gaels proved their success spanned much further than just in their sport. Just announced by the West Coast Conference, 11 Gaels have earned Honorable Mention selections for this year's All-Academic Team, with just one team in the conference landing more student-athletes on this year's team.

Two of the 11 Gaels earning honors from the WCC – Malia Allison and AnnaMaria DiGeronimo – are two of the best student-athletes at Saint Mary's.