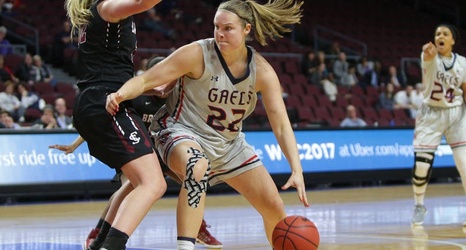 Brookshire concluded her collegiate basketball career with the Gaels last spring. She spent two seasons with the Gaels after transferring from Northwestern, helping SMC to reach the postseason in consecutive years while logging back-to-back 20-win seasons. She was named All-West Coast Conference honorable mention in 2015-16 and was twice named to the WCC All-Academic Team.