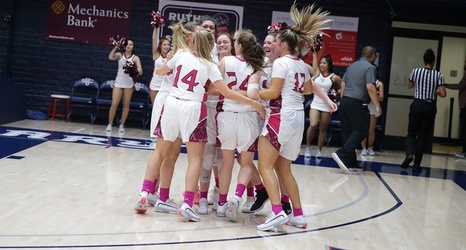 SAN BRUNO, Calif. — The West Coast Conference announced the WCC matchups for all 10 women's basketball programs this morning with the first games taking place on Dec. 28. The 18-game round robin format will be played out over the course of 10 weeks as it has in the past.

However, Saint Mary's will not begin play on Dec. 28 as they have an immediate bye and will instead open their conference schedule on the 30th in Moraga against Pacific. The Gaels then hit the road for a two-game set against Gonzaga and Portland later in the week before returning to play Santa Clara and San Francisco inside UCU Pavilion.