WBB | Season Ends for Gaels after WCC Loss to Pepperdine 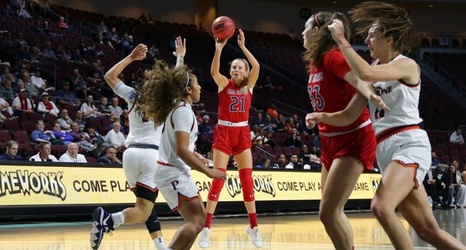 LAS VEGAS — In the second day of the 2020 University Credit Union West Coast Conference Tournament, Saint Mary's Women's Basketball raced out to a great start against the sixth-seeded Pepperdine Waves. While the Gaels were playing hot from the get-go, the Waves were able to find their stroke in the second half, ultimately delivering an 87-72 loss to the Gaels, ending their season in the second round of the tournament with a record of 12-19.

The Gaels were shooting the ball well out of the gates, knocking down four of their first five three-point attempts right away, putting up 18 points before the first timeout of the game.