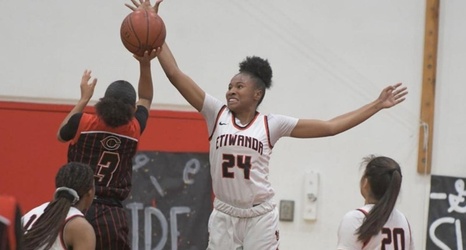 MORAGA, Calif. – Saint Mary's Women's Basketball has announced the signing of Daisia Mitchell out of Etiwanda High School for the 2022-23 season.

The six-foot guard from Rancho Cucamonga was a captain on the Etiwanda team that won the CIF Southern Section Open Division Championship, and went 27-1 on their way to finishing as the SoCal runner up in the CIF State Championships.

Earlier in the season Mitchell led her team to the championship of the prestigious Nike Tournament of Champions event in Arizona, earning Tournament MVP. She's in the top five for all-time three-point shooting percentage of the Etiwanda Girls Basketball Program over the last 10 years and is described as a high-volume and high-percentage shooter, who can shoot of the dribble and rebound with very few turnovers.