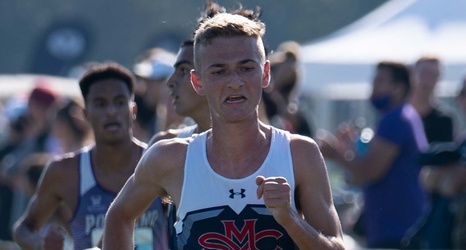 SAN FRANCISCO — Saint Mary's Track ran at the Johnny Mathis Invitational on Saturday, starting in the morning and racing into the afternoon. It wasn't a large contingent of Gaels, but those that did race at San Francisco State on Saturday shined, setting some strong marks in a very crowded field of competitors.

A lot of action took place in the 1500m for the men, where Blaine Reynolds was the star of the show. He finished in fifth place overall as he finished in less than four minutes for the first time in his collegiate career, posting a time of 3:58.