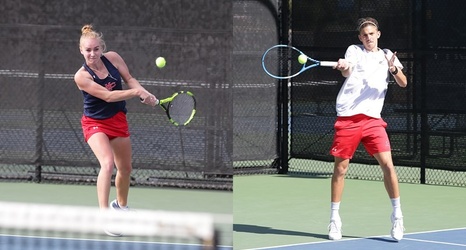 Kozyreva helped lead Saint Mary's to a win over No. 43 Furman with a big win on the No. 1 singles court. With the Gaels down in the match 3-2, the junior battled through three tough sets to come out on top over 16th-ranked Katarina Kozarov with a 6-4, 4-6, 7-5 win. It was the highest ranked opponent Kozyreva had defeated this season.