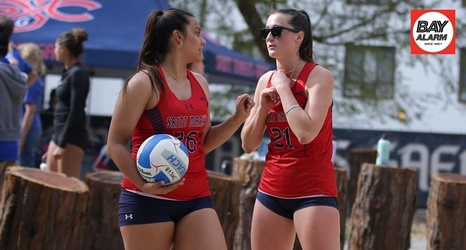 MORAGA, Calif. — After closing out the final week of the regular season on a high-note, Jasmin Suarez and Jennifer "Boo" Laird have been named this week's Bay Alarm Student-Athletes of the week. The Gaels second pair for beach matches were the most successful pair that won their final two home matches of the season and scored a big ranked win over the weekend.

Suarez and Laird have been a strong tandem all season long, and they proved it again in the final week of the regular season. The two seniors won on Wednesday and Thursday in the final home matches of the 2022 season, with wins over Santa Clara and San Francisco.