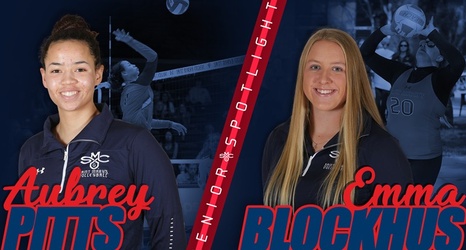 The spring season is the second season of the year for Aubrey Pitts, but the lone athletic season for Emma Blockhus. The teammates share the sand courts for Saint Mary's Beach Volleyball in the spring before Pitts transitions back to the indoor courts during the fall semester.

2020 was set to be the first beach season for Aubrey Pitts, who had previously spent four seasons playing indoor for the Gaels. Unfortunately for her and the rest of her teammates, the season ended before it could really get started, with just eight matches underway before it came to a halt.