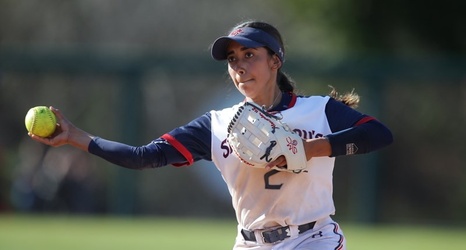 SAN JOSE, Calif. — In the final game of the Silicon Valley Classic II, Saint Mary's (7-17) fought until the end against Washington but eventually fell by 3-2.

HOW IT HAPPENED
The Huskies struck first on Sunday as they put their first run of the contest on the board in the bottom of the first inning following a two-out double to left field that scored a runner from second base. Saint Mary's responded in the top of the third inning as Maddie Gallagher and Kenedi Lopes strung together two back-to-back, two-out singles to drive in Alex Casas who had walked earlier in the inning.