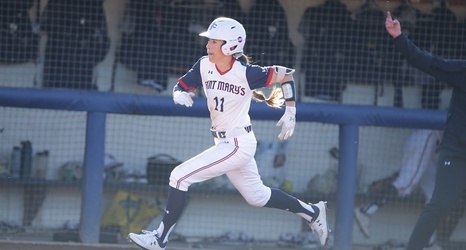 Box Score 1 MORAGA, Calif. – Saint Mary's had a busy Friday as they faced off against Nevada and Utah Valley at home, recording a loss in the first contest and leading in the second before lack of sunlight paused the game.

Saint Mary's fought a close battle against the Wolfpack on Friday as they were neck-and-neck through most of the contest. Nevada struck first in the top of the second inning and scored two runs before SMC was able to respond with two, one-run innings to tie the game.