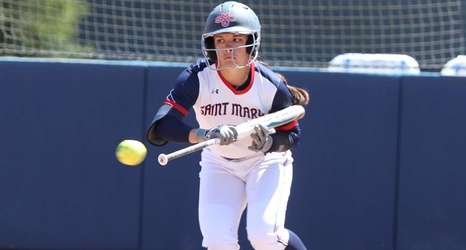 PROVO, Utah — The sun was out and shining down in Provo on Saturday afternoon in the series finale between Saint Mary's Softball and the BYU Cougars. After taking both games of the doubleheader yesterday, BYU closed out the series against Saint Mary's by taking the final game with a score of 10-0. The Gaels will end the 2022 season with a record of 16-31, and 4-11 in West Coast Conference play. BYU has a chance to make it to the NCAA Tournament, with their regular season record of 42-10.

MIRROR IMAGE
For the second day in a row, the Gaels fell into a big hole early on, needing three pitchers to make it through the first inning.