SB | Saint Mary's Takes Win Against UCSB Before the Rain 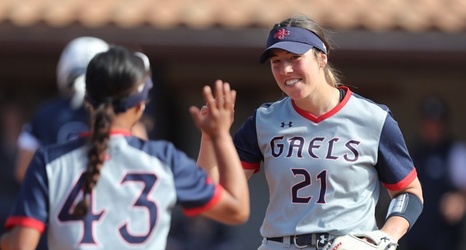 In their second contest of the day, the Gaels led St. Francis 4-1 before the contest was called due to weather.

HOW IT HAPPENED
The Gaels immediately took the lead against the Gauchos as they tallied five runs in the first inning. During the big inning, Maddie Gallagher singled to left field to score Jayda Alaan before Kenedi Lopes nailed a single of her own and Halle Sullivan responded with a double to score Gallagher.