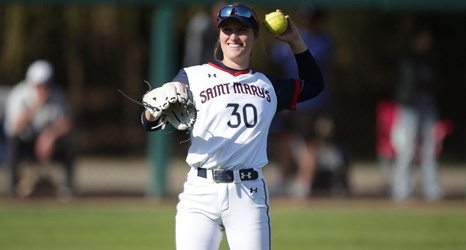 MORAGA, Calif. — Saint Mary's (6-14) will remain close to home as they travel to San Jose for the three day Silicon Valley Classic II where they will take on five different opponents.

The Gaels will play in a doubleheader on Friday with the first game beginning at 10:30 a.m. against Utah State and the second game starting at 3:30 p.m. against San Jose State. On the second day, SMC will take on UC Santa Barbara and Saint Francis in a doubleheader with the games starting at 9 a.m. and 1 p.m., respectively. Saint Mary's will play the final day of the tournament on Sunday with a single contest against Washington at 9 a.