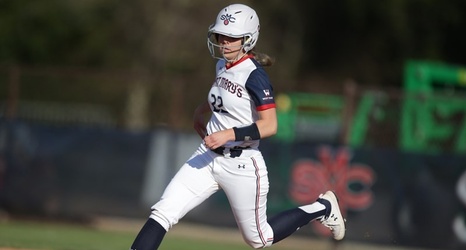 Box Score 1 MORAGA, Calif. — Saint Mary's (6-12) recorded a 6-5 victory over UCONN on Saturday after making a strong comeback and scoring all six runs in the third inning to secure the win.

The Gaels played against Sacramento State in the second contest of the doubleheader while going into extra innings tied at 8-8 before the game was halted in the top of the ninth due to sunlight. Both teams will meet again in April to complete the game.

HOW IT HAPPENED
UCONN immediately took the lead in the first inning as they put up four straight runs before tacking on another in the top of the third.