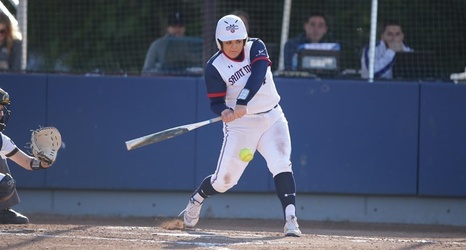 The Gaels took an early lead in the third as Maddie Gallagher ripped a single up the middle to score Halle Sullivan. After the Aggies (11-10) responded with two of their own in the frame, SMC tied things up in the top of the seventh courtesy of Kenedi Lopes' bases loaded single but Utah State answered back once again with an RBI single in the bottom of the inning to walk off for the win.