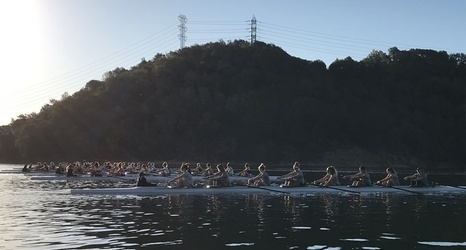 ORINDA, Calif. — The 2021 fall season officially began on Saturday morning as the Gaels hit the water against Cal. In their first fall competition since the fall of 2019, SMC Rowing went up against five boats from Cal, while putting one in the water themselves.