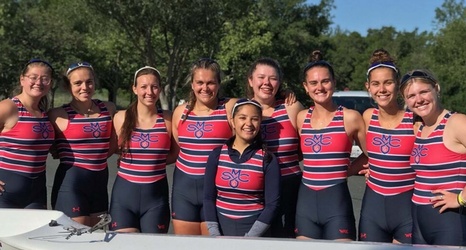 FOLSOM, Calif. — The final day of the Western Intercollegiate Rowing Association (WIRA) Championship took place on Sunday morning at Lake Natoma, and the Gaels returned for the grand finals with their varsity eight boats. Both boats improved their times from Saturday's qualifying races, putting the feather in the cap of a great weekend on the water for SMC.

In the first varsity eight final race, the Gaels were able to take down Santa Clara by just a shade over two seconds, posting an overall time of 7:08.9. That is their fastest time of the 2021-22 season, and an improvement of nearly 10 seconds from their first race yesterday morning.